Lone gunman goes on shooting rampage through six locations across Colorado leaving four dead and three injured, including cop fighting for his life, before suspect is killed.

Five people in Colorado were killed and three were wounded, including a police officer shot in the back, during a shooting spree by a lone gunman that spread from Denver and into a suburb on Monday night.

Police say the suspected gunman – who has not yet been identified – fired shots at six locations across Denver and the nearby suburb of Lakewood.

The suspect was fatally shot after he opened fire at officers and struck one in the back. Police say the cop is currently in surgery.

‘To see this type of spree take place is not normal in our community,’ Denver Police Department Chief Paul Pazen told KDVR. ‘This one individual was responsible for this very violent crime spree that took place this evening.’

Meanwhile, police say the motive behind the ‘killing spree’ remains unknown and an investigation into the incidents is ongoing.

Officials are asking residents to keep the victims, specifically the officer, in their thoughts and prayers during this tough time. 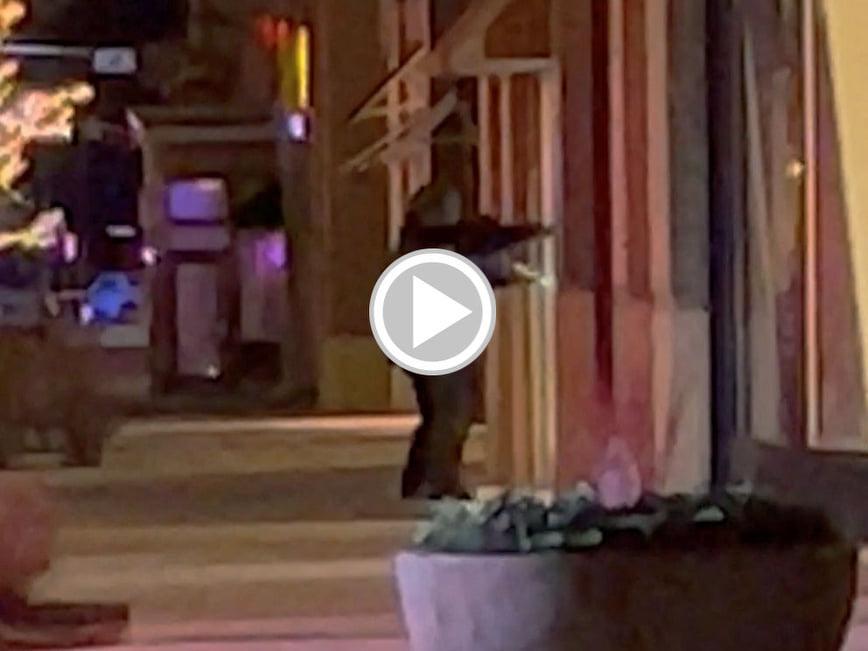 ‘We just ask everyone in our community for their thoughts and prayer for that agent and their family,’ Lakewood police spokesperson John Romero told the Denver Post.

Five people were killed and three injured, including a police officer, in a shooting spree that spread across Colorado on Monday night

Police say the suspected gunman – who has not yet been identified – fired shots in six locations across Denver and the nearby suburb of Lakewood. 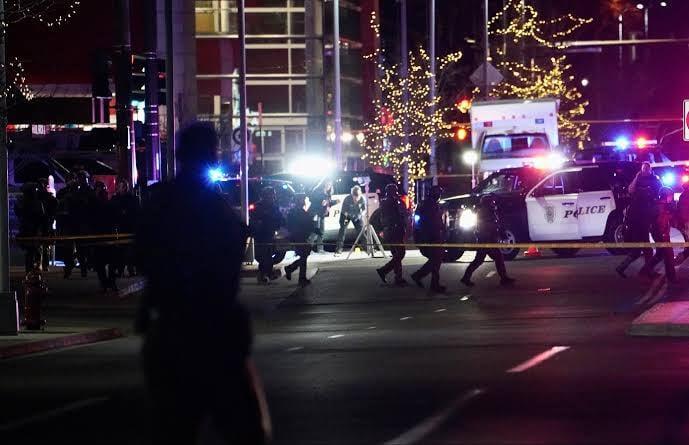 The shooting spree began around 5pm in Denver near the intersection of East 1st Avenue and Broadway.

Police say the suspect killed two women and injured one man before fleeing the scene.

Shortly after, the suspect fatally shot another man in the Cheeseman Park neighborhood near 12th Avenue and Williams Street. 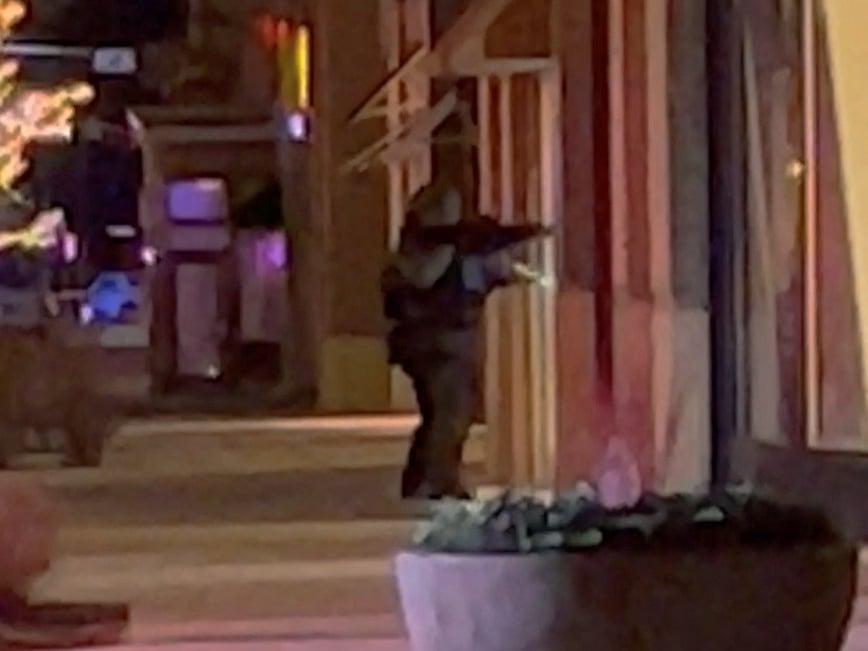 However, police say no injuries were reported at either location.

He was then spotted in his vehicle by police, near 8th Avenue and Zuni Street.

Officers attempted to pull him over when he opened fire, prompting them to shoot back.