Horror on the Fourth: Suspect in custody after 6 killed, dozens wounded at Highland Park Fourth of July parade. Robert E. “Bobby” Crimo III, 22, was “taken into custody without incident” on U.S. 41 at Westleigh Road in Lake Forest after being spotted by North Chicago police.

More than eight hours after firing a “high-powered rifle” from a rooftop onto a crowd attending Highland Park’s Fourth of July parade, killing six people and wounding dozens in one of the worst mass shootings in Illinois history, a gunman suspected of causing the carnage was pulled over peacefully on U.S. 41 in Lake Forest.

At 6:45 p.m. Monday, the Highland Park police said a “person of interest” — identified as Robert E. “Bobby” Crimo III, 22 — had been “taken into custody without incident” on U.S. 41 at Westleigh Road in Lake Forest.

The arrest came after he was spotted by a North Chicago police officer and following a short chase. Crimo was taken to the Highland Park police station, police Chief Lou Jogmen said. 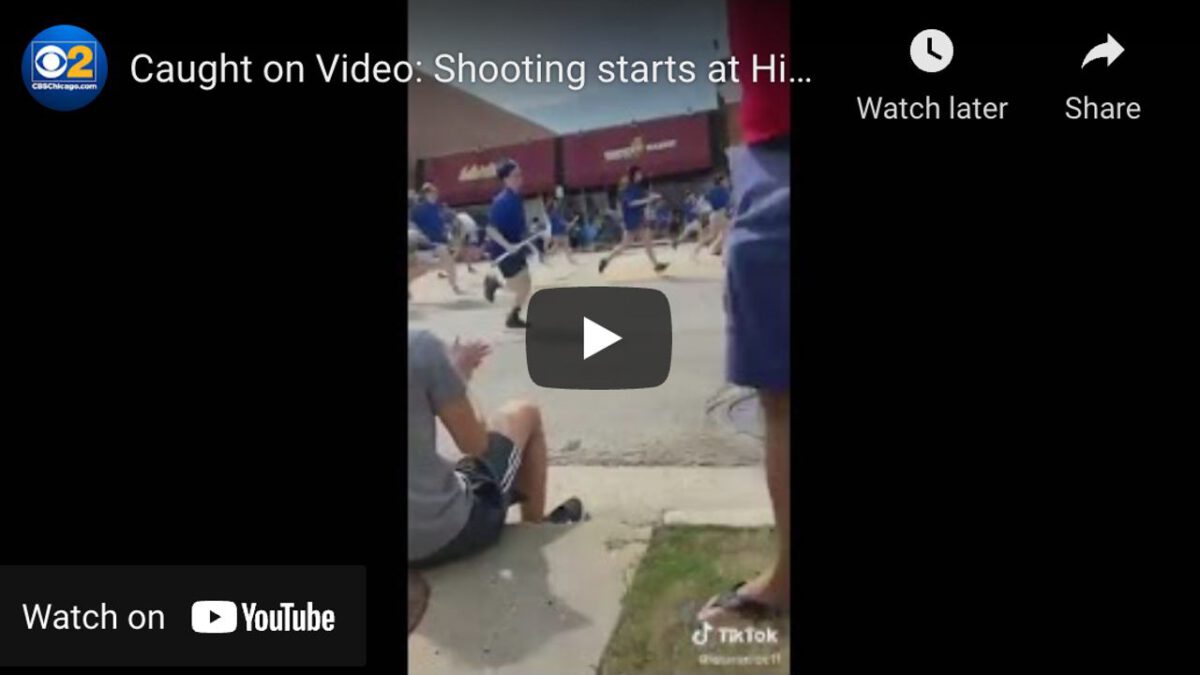 As of 9 p.m., no charges had been filed, and the police gave no indication of what the motive for the shootings might have been.

As news of the arrest spread, people began driving by the Highland Park police station and expressing their thanks to officers, yelling “thank you” and “good job.”

Stacy Shaulman, a lifelong Highland Park resident, was among a few dozen people who gathered outside the police station to await Crimo’s arrival.

“It’s been a horrific day,” Shaulman said. “I’m glad they got him. And, unfortunately, he’s a Highland Park kid, and people knew his family. His family has been around a long time.”

The shooter used “a high-powered rifle” that has been recovered, said Covelli, who said the gunman fired from a rooftop. “He was very discreet and very difficult to see.”

It appeared that the gunman had used an “unsecured” ladder to climb to the rooftop, Covelli said.

Authorities said the ownership history of the rifle was being examined by the federal Bureau of Alcohol, Tobacco, Firearms and Explosives